Quote of TRUTH: “If you must sleep through a third of your life, why should you sleep through your dreams too?” ~ Stephen LaBerge

An average human spends about 33 years of their life in bed; 26 years of the 33 will be spent sleeping while the rest is used up in trying to get oneself to sleep. The average life expectancy ranges from 75 to 80 years. During the time of sleep, the average person normally experiences around 4 to 8 dreams per night. Looking at the numbers, a person undergoes roughly more than 100,000 dreams in their lifetime. Dreams, where the dreamer is aware and conscious that they are dreaming, is known as lucid dreaming. Although being able to control the dream is sometimes not attainable at the start, this can be achieved in the future with more exercise. There are many benefits that the dreamer may get when they lucid dream. With this practice, one would be able to add to the list of experiences they’ve had in their life, overcome fears, discover new things, and so much more. I believe that if more people were to practice lucid dreaming they would be benefitting themselves more in every way.

Lucid dreaming is a gateway to opportunity. And, because of this reason, many get drawn to the idea of lucid dreaming. It allows you to do what you couldn’t or wouldn’t normally do when you are awake. Flying, tasting the clouds, planet hopping, running with lions, and the list goes on. Your mind is a powerful tool; the things it may imagine are endless. Many have practiced this and had the ability to walk when they couldn’t walk and so much more. Lucid dreaming is truly beneficial. For my experiment, I got 10 different people, half of the group boys and half of the group girls. The ages are ranging from 14-18. For a whole two weeks, after explaining to them what lucid dreaming is, I asked to practice and achieve lucid dreaming. Then, I recorded what they had experienced and if they thought it to be beneficial to them as well.

For the first week of the experiment, a majority of the group had a difficult time getting to lucid dream. It does take some practice so I had told them to keep trying until they had done it. The experiment took a week or so longer than I had anticipated because lucid dreaming was only properly achieved during the end of the second week and the beginning of the third week. Although not always possible, more than half of my dreamers were able to achieve lucid dreaming in less than 4 weeks, fortunately. During the third week of the experiment, this is when I started to record the results. After lucid dreaming, the group had reported feeling they had more determination as they fell asleep with their new discovery with sleeping. They also said lucid dreaming was really entertaining and had benefited with some things they had always wanted to do. One example, Chloe, age 15 and one of my volunteers in this experiment, has done modeling before but still had the lingering stage and people fright as she walked the stage. During lucid dreaming, she practiced repeatedly going up and down the stage for her modeling. When Chloe had another modeling session, she said that her confidence was noticeably better and she didn’t seem to have much problem anymore with her stage fright. This is only one of the examples from the whole group and I think it really helps prove that lucid dreaming can be really helpful when trying to solve these problems, like different fears.

I didn’t know the proper advice to give, at the start, to let my dreamers acknowledge they were in a dream and start lucid dreaming. However, I was able to gain good insight eventually on ideas to give my dreamers as I read a study that was done. This study was conducted by a group of researchers at Stanford who was helping their subjects they were testing to remember they were dreaming. One of the writers of the book had claimed, along with the backing of “thousands of other lucid dreamers” that lucid dreams are truly a wonderful, vivid, exhilarating, extraordinary, and intense experience. With their study, they were able to aid a few dreamers on how to achieve this. The experiment was using cues to remind the dreamer that they are dreaming. The first thing that they did was cue the dreamer as they slept with a tape-recorded message that repeatedly said: “This is a dream”. The results of this first test gave feedback on the proficiency of the tape-recorded message as a cue. Some of their subjects were able to lucid dream with this, however, the first few attempts showed the problems: it awoke the dreamer with the sound or the dreamer completely ignored the message. The next test was using vibrators strapped to the subject’s ankles. Throughout the day, as the dreamers were awake, they would practice telling themselves that they were in a dream whenever they felt the vibration. The results showed that the 11 out of 18 dreamers were able to lucid dream with the vibration cue. However, they tried another kind of cue as the vibrations “…posed a number of technical difficulties”. Finally, they tested a cue using lights. There were more results to their subjects who hadn’t even yet got to lucid dream. This research resulted in the fact that using sensory cues are useful and effective when helping to lucid dream and that the dreamers may really benefit from it. (LaBerge, S., & Rheingold, H., 1991)

The health benefits of lucid dreaming are also included in these lucid dreams. It is proven that those who frequently lucid dream are higher on the LOC scale (Blagrove, M., & Hartnell, S. J., 2000). LOC stands for the Locus of Control. In the 1950s, Julian Rotter brought up LOC to the surface. It is said that one with an internal locus of control believes that he or she is the one in control and have the influence to their outcomes and goals. However, those with an external locus of control believe that everything that happens to them is by fate or nature, and the only thing to blame for an inconvenience would be the outside forces. This means that with more practice of lucid dreaming, the person doing this would have a higher standard of being and have more positivity, which is good.

In another study conducted in Vienna by Doll, Gittler, and Holzinger (2009), they had a total of eighty-nine subjects. There were 42 women and 47 men who volunteered to be in the study, the mean age of the group was 36.25 ± 10.42 years. The purpose of the study was to see the health benefits that lucid dreaming had to those who practiced it. As the study went on, they were able to prove that the frequent lucid dreamers were able to show better mental health than those who were non-lucid dreamers. These researchers were able to make known that truly just by lucid dreaming, the mental state one is in, has the ability to become better and more improved.

In conclusion, lucid dreaming is possible to achieve and when it is achieved there are so many ways that it benefits. Although it may take some time, practice, and patience to reach that goal, it’s still out there possible to do. There are already thousands that practice it for pleasure and health benefits. I would say that my hypothesis is proven to be true as lucid dreaming is truly beneficial in so many ways and that it’s time well spent once you do master it. And, as time goes on, hopefully, lucid dreaming will be practiced by more and more people and use all their time sleeping in a better more efficient way.

Quote of AWESOMENESS: “Lucid dreaming lets you make use of the dream state that comes to you every night to have a stimulating reality.” – Stephen LaBerge

What is lucid dreaming?

When one is lucid dreaming, it means that they, the dreamer, are aware that they are in a dream. Often, people actually try practicing lucid dreaming. Most beginners aim to be able to control their environment in their dreams. Some have practiced lucid dreaming for years and accomplished many different things in life (even if it’s just in a dream). People get attracted to lucid dreaming because they get to the impossible, the crazy, and adventurous they could only dream of (literally, and hypothetically, wow this is confusing).

How to lucid dream?

Do you ever just wake up and realize how weird your dream was, how far it was from reality, yet during the dream, nothing seemed to register as out of the normal? Yeah, the cycle of just going through the motions is something that you would need to change if you want to lucid dream. Before you realize a dream is a dream you have to start by noticing your surroundings when you are awake. This will be beneficial to one’s awareness too. If you create this habit of examining your day when you’re awake, it’s most likely that you would be able to see the difference when you’re in a dream. That’s your start.

When you lucid dream and master the art of it, the possibilities are endless. You can talk to your heroes and famous people and start conversations with them. Create the house you’ve always wanted, bridges to different planets, and so much more. 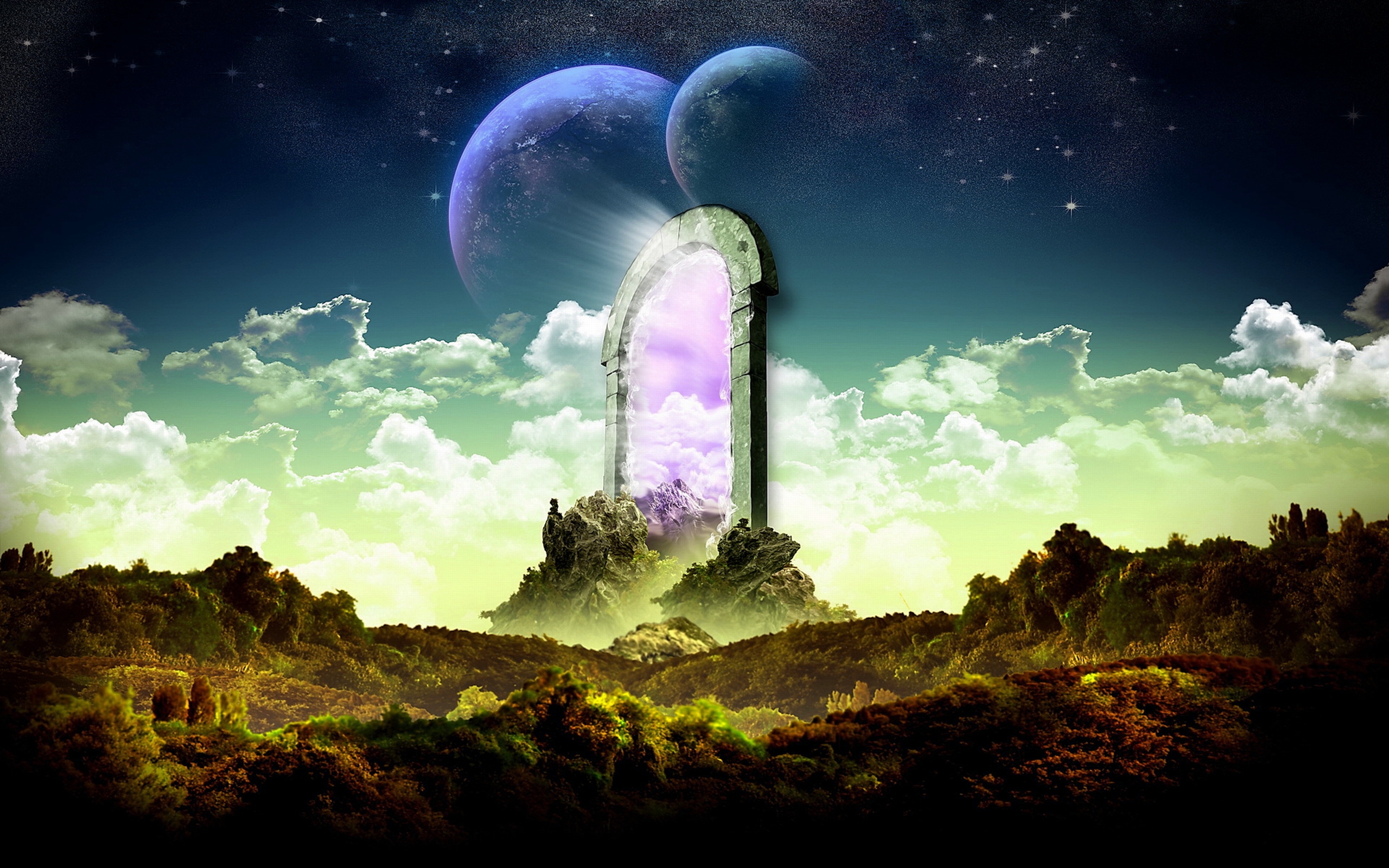 They say that this is one of the powerful benefits that you can get with lucid dreaming. There have been many people that have achieved the power of overcoming their fears through their dream. They get to change the way that they see the fear in the dream as they face it and get over it, so when they wake up they experience less fear from it (like the fear of heights).

When you are lucid dreaming, you are in a different state. Because of this, you have the ability to get real creative and tap into an endless flow of inspiration.

Lucid dreaming is a pretty amazing thing that we get to do and there are so much more benefits that come along with it. How about give it a try?